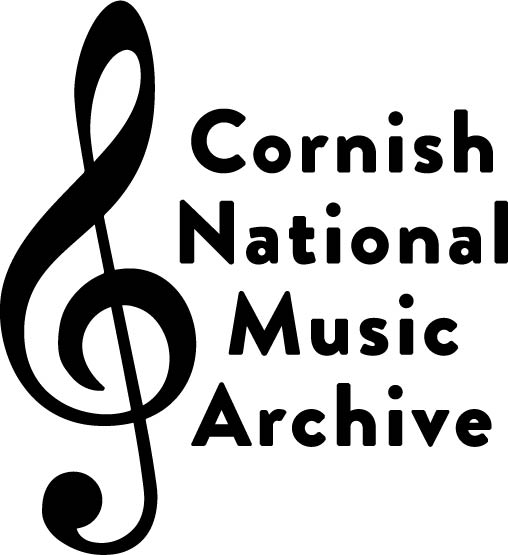 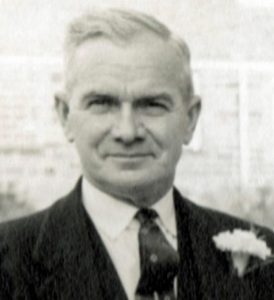 I am sure that many band folk will remember Tommy Martin and be grateful for his fellowship and the tutoring they received from him during the early stages of their musical career.

Tommy was dedicated to the movement and his contribution to Cornish brass banding deserves to be recorded and shared. His daughter, Pat (Patience) Ellis, said that he loved music and particularly brass bands. He was also a keen gardener and master printer with his own business in Penryn from 1945 to 1965.

Thomas Martin was born in Gwennap Parish, Lanner, in 1910 and lived there until his death in 1995.

In 1929, at the age of nineteen, he bought a cornet for seventeen shillings and sixpence (approximately 90 pence) on which he learnt to play under Clifton Allen, at Carharrack and St Day Band. Pat said that he practised in the toilet at the bottom of the garden so as not to annoy the family.

Tommy Martin is extreme right in the middle row

In 1960 he moved from being a player to become the musical director of Carharrack and St Day Silver Band. He led them as they took part in many events and contest appearances and during this period he trained many players in the front room of Bellveor cottage. A dozen or more would squeeze into his front room where they were made welcome with squash and biscuits at half time, or earlier if Tommy was raising his voice! Three of these young people later made music their careers.

In 1965 Tommy was one of a number who felt that Lanner should once again have its own brass band. We can imagine the difficulties they faced in bringing this about but with a lot of hard work they succeeded, and he was proud to be included as a founder member of the re-formed Lanner and District Silver Band. For the first few years of its life he was its conductor but starting a band from scratch was tough, not least because of the accommodation which was a bit basic as they rehearsed in a Chicken Shed in Daisy Moyle’s Garden with lighting from gas lamps and bulbs powered by car-batteries.

Tommy was a devoted bandsman and supported Cornish bands as they competed in various contests, travelling to London to the Royal Albert Hall for the National Championship of Great Britain, often accompanied by his three daughters and grandson.

Not long before he died, Tommy had the honour of conducting massed bands at a televised celebration of the 50th anniversary of V J Day (Victory over Japan).

Tommy died in 1995. He was a man who loved his music and at his funeral in Lanner Wesleyan Chapel, members of Lanner and District Band accompanied him as they walked alongside his coffin. 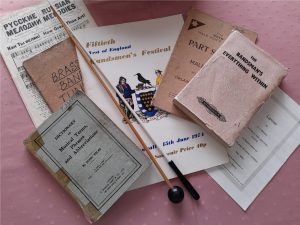 We are indebted to Tommy’s daughter, Pat Ellis for much of the information.